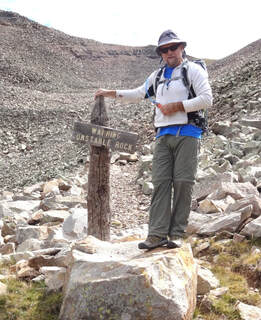 Chair-Robert Meyer
​Robert has lived in Southwest Colorado for over 25 years, where he has worked as an educator. An avid hiker, mountain biker, skier and mountaineer, he has fallen in love with the San Juan Mountains in all their seasons. He has been active with the Mancos Trails Group since 2017, initially helping out in whatever capacity he could. He took on the role of Chair in 2018 and has since spearheaded a number of MTG’s signature projects, including the re-signing and adoption of the Mancos Spur Trail, the Mancos Town Trail System project in conjunction with the Mancos School, and the new Chicken Creek Trail System project. He has fostered many cooperative relationships with other local groups and agencies, including the Forest Service, BLM and CPW, Mancos School, San Juan Mountains Association, SWOS, the Ute Tribe and others.
​ 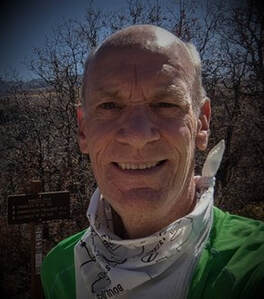 Vice Chair - Don Hoffheins
After 42 years of land management experience; over 25 years with USDA Forest Service and over 16 years with USDI Bureau of Land Management Don Retired in 2018. He began his career in 1976 for the Forest Service and worked on Forests in New Mexico, Arizona, three in Colorado and one in Oregon.  Don started as a soil scientist and gradually moved into natural resource planning focused on recreation, lands and timber management. In 1996 he moved to the Bureau of Land Management in Oregon as an Environmental Coordinator/Planner. After many years of supervision and management there, his last move brought him to southeast Utah as a Field Manager which included working on the newly designated Bears Ears National Monument. Besides MTG, Don has served on the Board or completed trails projects with the Kremmling Chamber of Commerce, San Juan Mountains Association,  Klamath Trails Committee, and Southwest Colorado Canyons Alliance.
​ 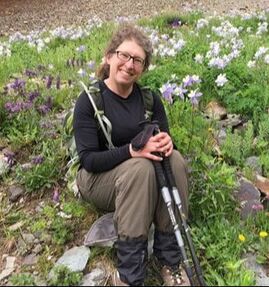 Secretary - Jackie Rabb
Jackie has been active in Mancos Trails Group since 2017, and joined the board in 2018. Jackie has served as Secretary since 2019 and brings a wide range of knowledge and experience to the board. She comes from a background in archaeology, education, and outdoor recreation and has worked for both state and Federal land management agencies as well as within the private sector. She enjoys hiking, backpacking, mountain biking, and cross country skiing on the beautiful trails of the Mancos area and Southwest Colorado.
​ 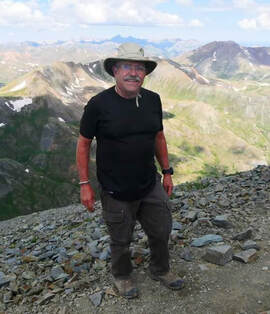 Treasurer - Alan Klein
Alan Klein moved to Colorado in 1977 after completing his Master’s in Public Administration at Penn State University. Alan had a 20 year career in Community and Economic Development prior to transferring to the private sector.  In 1988 Alan moved to SW Colorado to serve as the Economic Development Director for Montezuma County and during his tenure recruited Osprey Packs and other businesses to the area. In 1996 Alan moved into the private sector becoming VP of Frontier Internet, a start-up Internet company in Durango. Alan became President after the death of the owner and helped grow Frontier Internet to become the largest ISP in the region before it was sold in 2002. Alan started a technology company in 2004 called AmeriSPOT that provides managed Wi-FI services, customized wireless solutions and video surveillance systems. Alan still owns and operates this small business. Alan has always loved hiking and year round outdoor activities in SW Colorado. When not working at his business, Alan is often found on area trails or on the dance floor.

Director at Large - Dan Miller
Board member at large, DAN MILLER has been sitting on the board of the Mancos Trails Group since 2019 and applies his efforts toward MTG’s communications. He hopes to grow MTG’s user diversity and expand local partnerships. In 2001, he co-founded the Bear River Watershed Council in Logan, Utah. He worked as a professional photographer for several of Utah's major newspapers, including The Salt Lake Tribune and Logan’s The Herald Journal. Board Member at Large - Drew Reagan
Drew brings a lot of public land management experience to our board having worked for both the National Park Service and Forest Service as an archaeologist and interpretive ranger. He hopes to increase MTG's education and outreach presence by organizing more community events, volunteer-led hikes and more! ​ 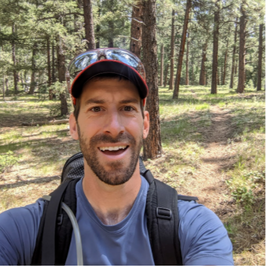 Board Member at Large - Andrew Yapp
Andrew Yapp began doing trailwork with MTG in 2019, after moving back to Southwest Colorado. A graduate of Colorado State University in Natural Resources, he has been working in the outdoor industry for the past two decades. Andrew’s hobbies include nature photography, biking long distances between breweries and burger joints, hanging in a hammock, and dreaming up the next adventure. He contributes a passion for the outdoors, solid understanding of risk management and a wry sense of humor to the MTG board. 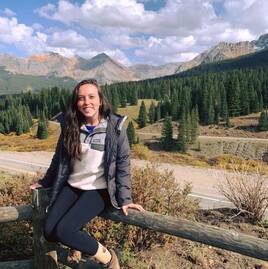 Board Member at Large - Kaylee Yates
​Originally from the east coast, Kaylee began working on trails in 2018 with Appalachian Conservation Corps as a trail crew leader and with The Student Conservation Association in a Fire and Recreation Internship with the U.S. Forest Service. She moved to Southwest Colorado in 2020 and is excited to contribute to the community through trailwork and volunteerism.
Powered by